It’s only a matter of days now until Christmas but there is just enough time to squeeze in my last blog post of the year. The picture at the top shows most of my new banner which complements my new logo, both done by my talented daughter. These are for me to (finally!) open a ‘Forest Moor Designs’ Etsy shop in January  (I have been talking about doing it for years) and to re-open my folksy shop featuring new fabric pictures with Scottish themes as well as mini quilts, runners and fabric decorations.

As people who follow my ‘Forest Moor Designs’ page on Facebook will already know, I haven’t been doing much sewing lately. It’s partly because I’ve busy preparing for Christmas but we have had some really bad weather lately, lots of rain and wild winds, and the days have been so dark that it has made sewing difficult. We’ve had a huge beech tree come down into our garden from the wood behind and that has damaged several plants and a section of wall. 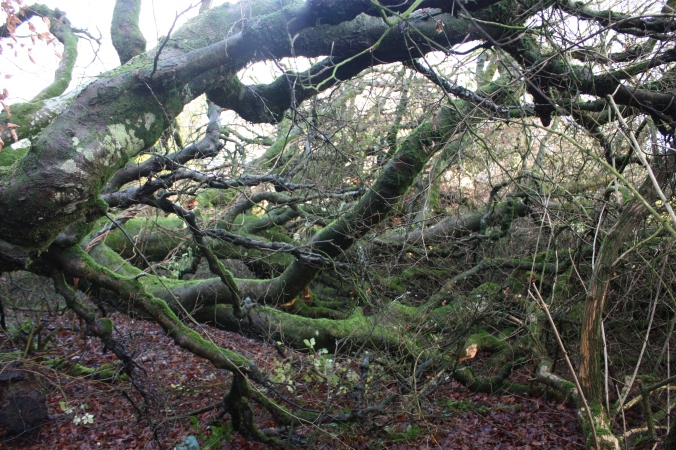 The duck pen has had an new extension but that nice new grassy area on the right is now a sea of mud with all the rain we’ve had. The ducks have a makeshift shelter for now but a new one is in progress and will be installed by Christmas day. 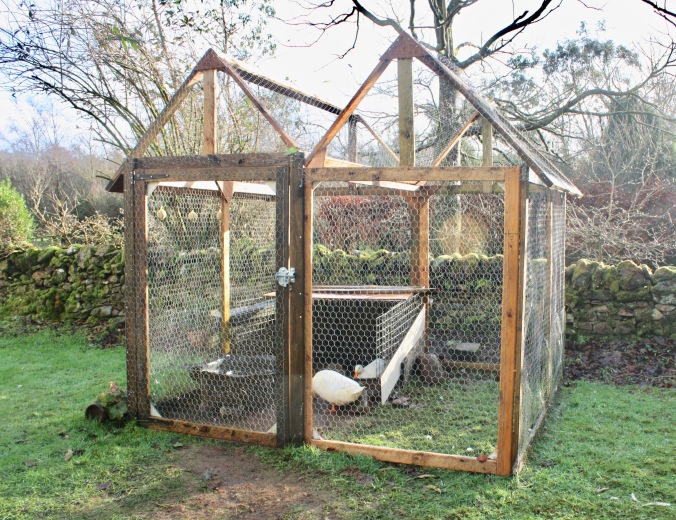 It’s been mild at times but very cold at others so I’ve been putting food out for the birds. I have some just expired duck food that the pheasants seem to love. I counted 19 of them in the back garden yesterday, mostly females but there a couple of males, one of which has a beautiful silver back. 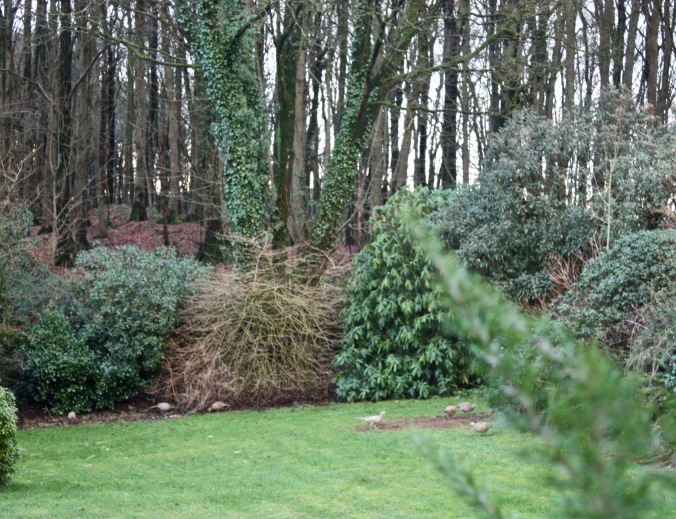 However, the main reason I stop sewing at this time of year is to take stock of the year, to see where I’ve got to and where I want to go next. I’ve been making pencil sketches for new, more ‘arty’ and ‘housey’, ideas to try in the New Year, in addition to my ubiquitous Scottish themes. 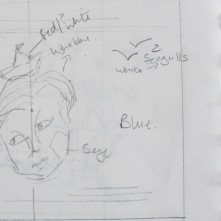 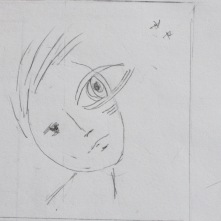 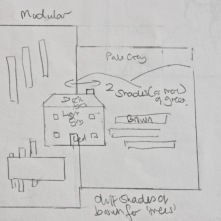 I have a design idea that makes use of my new House Ruler from Creative Grids so I have also been making another series of sketches on house-shaped pieces of paper. I can’t be sure that any of these ideas will work out in practice but I will try one or two.  I don’t know exactly what result I’m after. I’m just following a feeling. It’s one of those things that I’ll know when I get there but I’m not sure of the route. 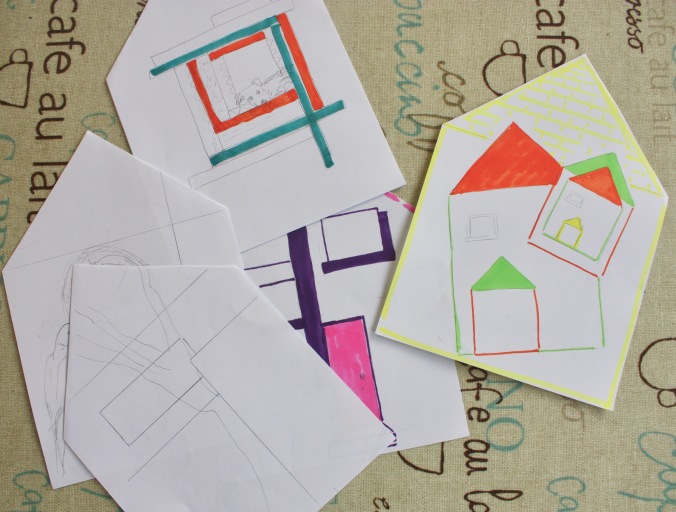 I’ve bought some new fabric, despite trying hard to resist doing this; some red, blue and black florals for houses, some frosty winter trees and a number of ‘sky’ fabrics, featuring seagulls, flying geese and these two shades of ‘Murmuration’ from Lewis and Irene. Aren’t they wonderful? I can’t wait to put a house on those! 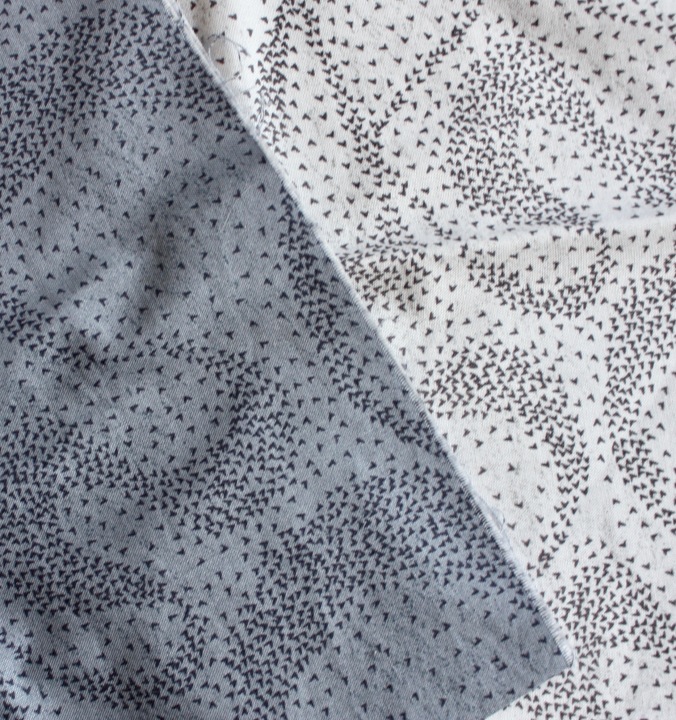 Today I re-opened my ‘Forest Moor Designs’ shop on Folksy, a UK market place for hand made goods. I added my new banner and logo and listed just one item, the hand painted and stitched portrait shown below, so that everything is ready for me to addd new stock in January. I have broadened my stock now to include fabric pictures and wall quilts as well as mini quilts and table toppers. 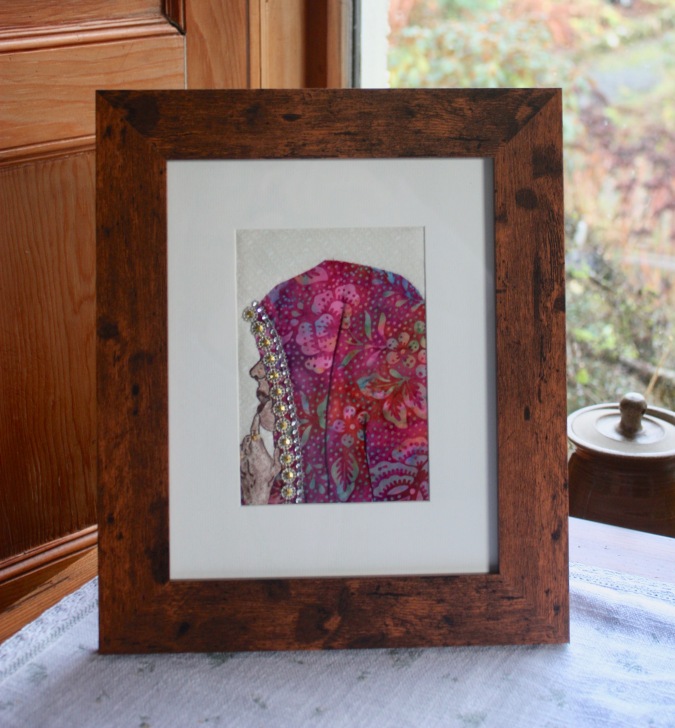 I may add some more Indian designs because I have several sketches that might translate well to fabric and paint. I can’t decide whether it will seem odd to have them side by side with Scottish themes, though. What do you think? 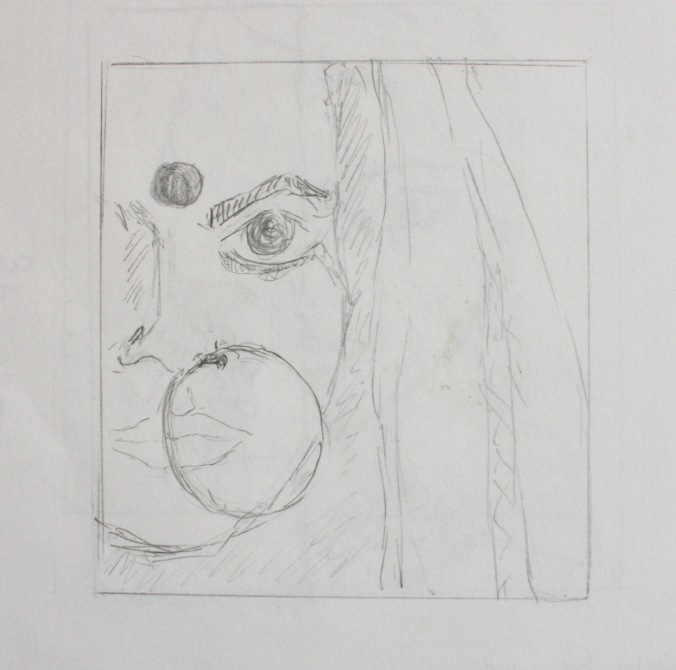 That’s about it, but, before I go, I want to thank my followers for joining and sticking with me through the year.  I really appreciate you being there and love it when you make comments and ask questions. I don’t publish posts as often as received wisdom says I should but hand sewing is slow, so I’m grateful that you hang in there, knowing something will appear eventually.

Happy Christmas and a bright new year to you all. See you again, soon. xx