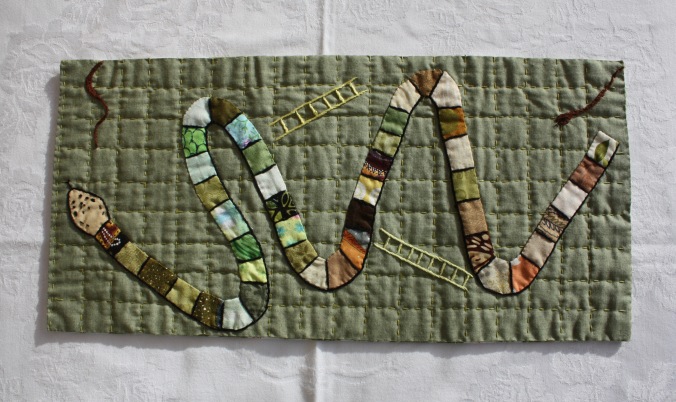 In my last post I talked about experimenting with Deborah Boschert’s Design Guides and trying out her “One Amazing Line.” I have now completed this project: Snakes and Ladders anyone? It was certainly a fun way of using up scraps. I might add some French Knots down the centre of the snake’s back though it’s probably unnecessary to spend any more time on a simple experiment.

Soon I will start on the second Design Guide which is “Third Plus” and I am excited about the idea I have in mind for it. But first, it’s time for me to start making Christmas gifts for my family. I would love to tell you about them but can’t risk them seeing this post and spoiling the surprise. So that will have to keep for now.

In the meantime I want to tell you about an adventure I had once and how it led to a desire for a quilt that would preserve it for ever.

I once lived in a castle in central Scotland.  It had been inherited by a young family after the older inhabitants had passed on and they were working hard to refurbish it. My husband worked as gardener and handyman and I helped to sort, pack and store belongings that would make room for the changes the family had in mind. These were   temporary jobs for us while we waited for our house in England to sell, so that we could buy a place of our own in Scotland. It was a bad time to sell, so we lived in the castle for almost two years.

It was summer when we arrived and the extensive grounds were full of  flowers.

I had a lot of free time to explore the  gardens and began to record the areas that were special to me. I am certain that this garden led us to choose the garden in which we live now. It has the same wild and sheltered feel to it; a world removed from the real one. We have a long drive leading to our house too, though not quite as long as theirs!

It wasn’t a very big castle as castles go but it had a medieval cobbled courtyard that was breathtaking when you saw it for the first time. 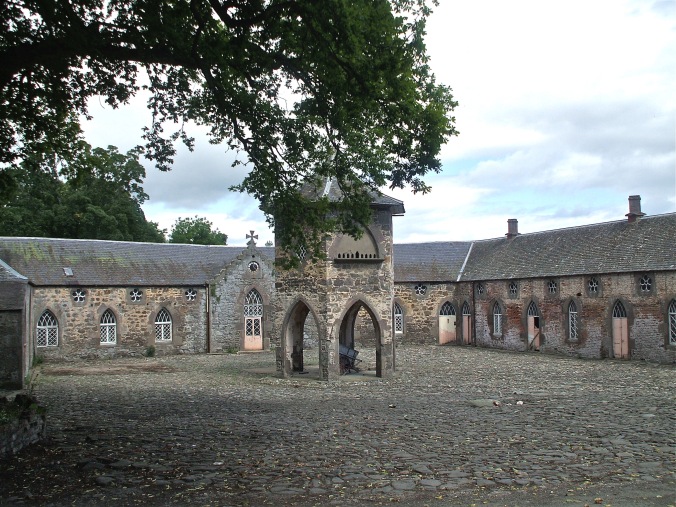 a walled garden that trapped the sun,

and so many charming ornamental additions that I came across in unexpected places, like a sundial, or a dog statue or a little house in the woods, built for the children.

There were animals too: Dogs, a horse, rabbits and a family of peacocks that filled the air with their exotic cries.  Best of all they came to our windows and tapped on the glass. Unfortunately, they also liked to sit on the roof of my car and it still bears the scratch marks to prove it. 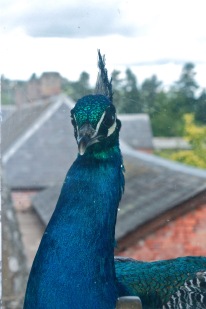 I began my interest in patchwork and appliqué while I was living in the castle and bought this book by the much loved needle turn appliqué artist, Janet Bolton. 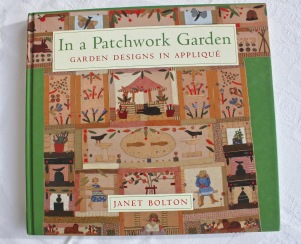 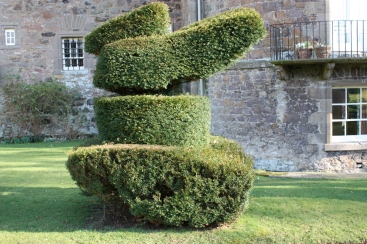 I saw that her Patchwork Garden also had a summerhouse, a fish pond, animals statues and topiary just like the one I walked in every day, and I began to think I could translate my castle memories into a quilt of my own. But I didn’t have the skills. I read the book, took notes, started to collect fabric and began to learn.  And this is how my adventure began. Now almost seven years later, I think I am ready to make this quilt.

Janet Bolton’s book encloses templates so that you can make her pattern, a wall quilt in a T-shape to suggest a Japanese kimono. However, the templates could also be used as a guide for your own garden quilt. I don’t think it would take much to adapt the drawings, though I would choose to arrange them in a more traditional  square or rectangle. And it’s perfect for English Paper Piecing and appliqué lovers. 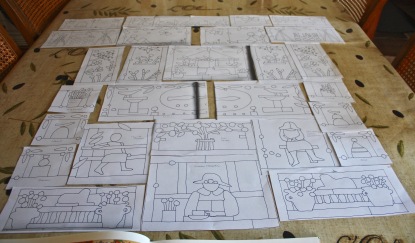 So this is my project for next year, or the next few years of fitting it in among all the other projects I’m itching to try. Perhaps you have memories of a particular garden, or series of gardens you would like to  preserve in fabric?